posted by Tony Tan H G in In the News 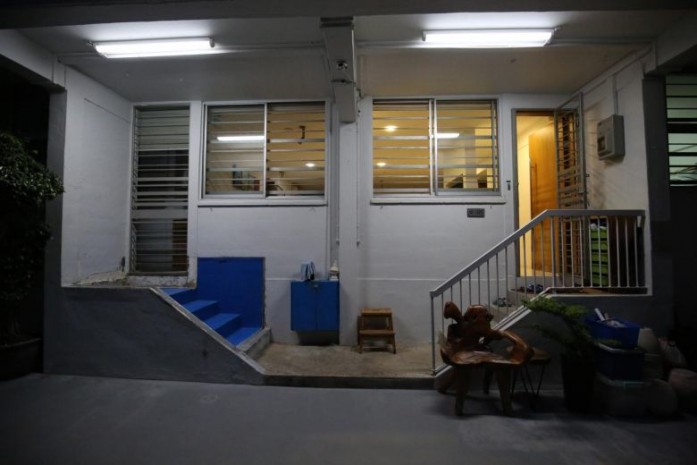 SINGAPORE - A Housing Board flat owner who had converted the doorstep of his property into a fish tank for his koi carp has dismantled the tank, after his appeal to keep it was rejected.

The Tampines Street 41 resident, who wanted to be known only as Mr Tan when approached by The Straits Times previously, had attached glass panels to the walls around the four steps leading to his ground-floor unit to house about 10 fish.

The structure was put in place three to four years ago, and the owner was unaware he needed permission to make the alteration.

The HDB said in January that the man could not keep the tank because of safety concerns. But he lodged an appeal, after working with Tampines Town Council on measures to address issues raised by the Housing Board.

The agency rejected the appeal earlier this month and said a key reason why it had turned down the appeal was that the stairway is common property.

Under the town council's by-laws, it is an offence to have unauthorised fixtures on common property.

When a Lianhe Zaobao reporter visited Mr Tan's house on Wednesday (April 24), the tank had already been dismantled.

The Tampines Town Council told ST on Tuesday that it had served notice to the resident to remove the tank and would follow up with him on a timeframe to do so.

A spokesman added: "Our offer to assist with the dismantling of the tank has been declined by the resident.

"We have also approached the resident to relocate the koi fishes to a community pond, but he was not keen to explore further."

Earlier this month, the Ministry of National Development told ST that it will ask the HDB to discuss with the town council about whether there are any suitable sites within the precinct that can accommodate a community garden which could involve Mr Tan and other like-minded residents.

It added that this initiative would have to be done separately through a proper process and not by "individual encroachment onto common property".

On the proposal, Mr Tan had said: "It's not just about digging two holes. You need to think about what is the attraction there and what is really useful for the community.

"Hopefully, something good will come out of it. I am a bit tired of this."

He and his wife also own the adjacent unit, through which they enter the flat with the blocked doorstep.His wife told ST earlier this month that they had hoped the authorities would make an exception on the basis that the structure was welcomed by the community.She said then: "We are not creating an eyesore or disturbance... If everybody keeps everything to the house, there will be no soul in the neighbourhood."

ST has contacted Mr Tan for more updates regarding the tank's removal.

Tony Tan H GHi, thank you for your interest.
How can I help you?

Hi, thank you for your interest.
How can I help you?